How long is a photograph?

According to my back of the envelope calculations, each of these images is about 4.5 miles long. That's roughly how far the plane I was in travelled during each 30s exposure.

But why was I taking such long exposures ten miles above Canada, in the middle of the night?

The answer's quite obvious really: aurora.

I've seen aurora once or twice before, shimmering sheets of green fire in the sky. But this display was something else, bright and spectacular, huge curtains of light hanging from the heavens, glowing gases in a geomagnetic storm. It shimmered across the north, miles long, flickering from green to blue to red and back again, one moment huge whorls of cold fire, the next a long line of light as it rippled in the teeth of one of this solar maximums' most ferocious storms.

How to capture the splendour of the skies?

I've used long exposures for stars, with a manual infinite focs, to some success, so I decided to give the same technique a try. Using a few pillows I cobbled together some semblance of a tripod, stuck the camera into the window frame and clicked the shutter.

The results aren't perfect, after all, the plane was vibrating and moving, but they do capture something of being in the middle of the sky in the heart of a geomagnetic storm... 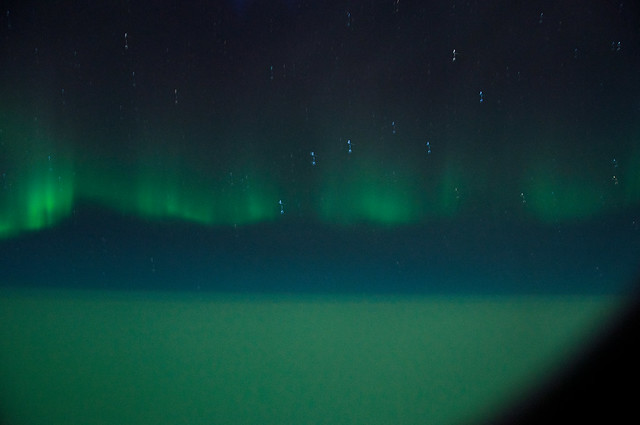 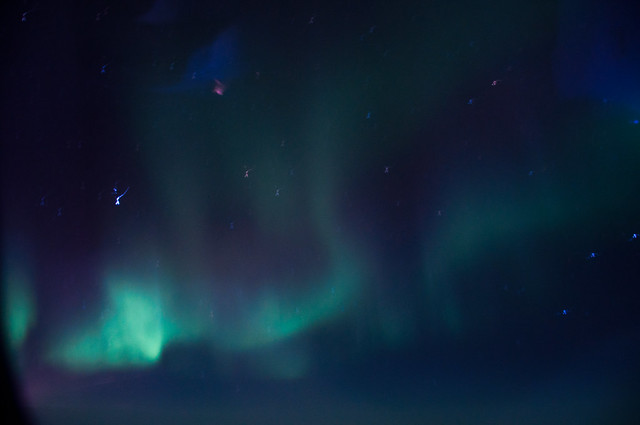 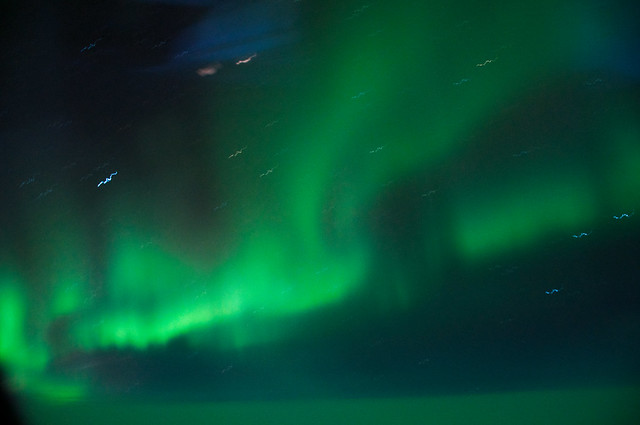 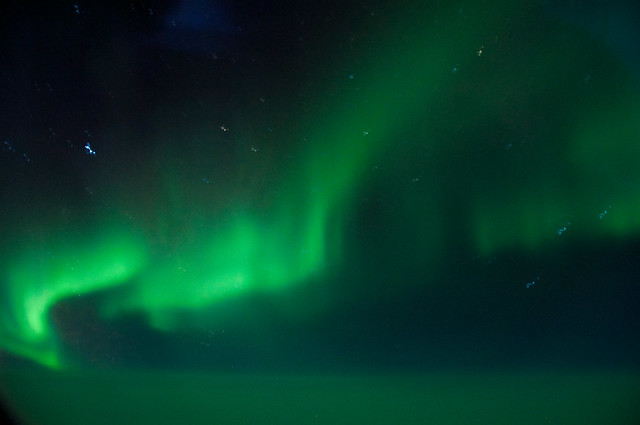