I've always thought sunrise would be a good time to see spaceships, the bright dawn light as the rocket rises up through an empty sky. But now it's a thought that's tinged with melancholy, as I'll remember a foggy morning on a pier in San Francisco, as I waited with a crowd of people to see the final flight of a space shuttle.

With the ending of the space shuttle programme the various orbiters were distributed to museums across the US. The last to be moved was OV-105 Endeavour, on a cross country trip from Florida to Los Angeles, ending with a flypast of space industry sites across California (with a detour to San Francisco). As it was the final day of the conference I was attending, I decided to skip the first few morning sessions and head down to the Embarcadero to watch for the shuttle on its carrier 747.

The dawn mists were slowly clearing off the Bay as I walked down a pier next to the Bay Bridge. There were just a handful of us there, so I was able to grab what I though would be a good spot.

Like much of the space programme, the shuttle was late. The pier slowly filled up, and as we waited we watched pelicans float past, sea lions cavort in the waces, and a parade of various ships pass under the bridge.

Then someone saw it, in the East Bay haze, slowly heading over Oakland and the giant cranes of the harbour. The carrier headed north, over the port cities and round to the Golden Gate for a photo opportunity. The distant aircraft was hard to see, but we expected it to return... 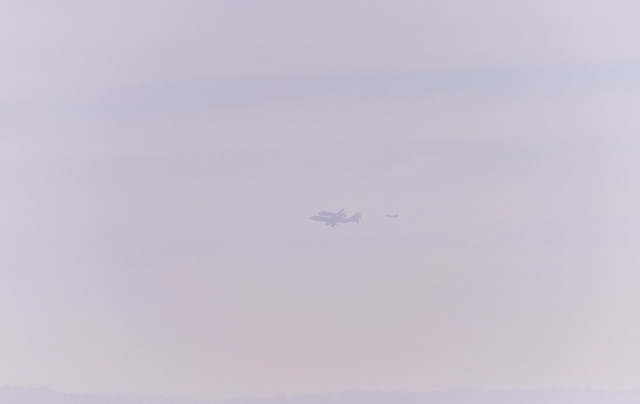 Then it was there, coming in from the south of the City by the Bay, curving round over the Bay Bridge and up back to the Golden Gate, before heading to the NASA sites down by the South Bay. Bright white in the morning sun, Endeavour and her carrier 747 were followed by a jet fighter as it slowly lumbered around the bay, low and slow - just the right speed for the city's massed array of cameras...

Here are some of the pictures I took of that final pass over the Bay. 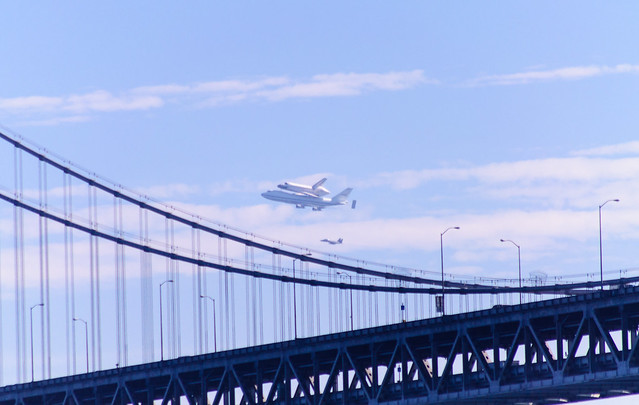 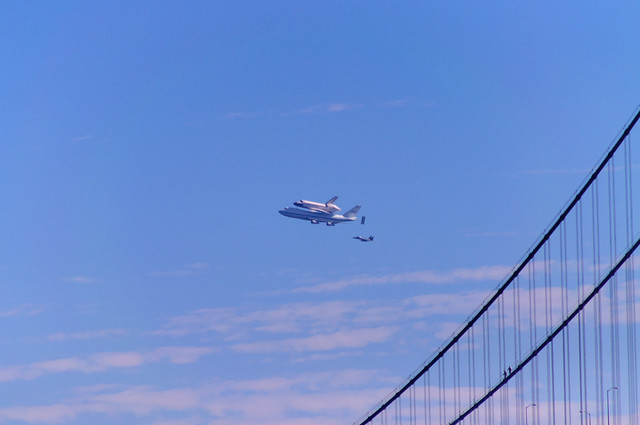 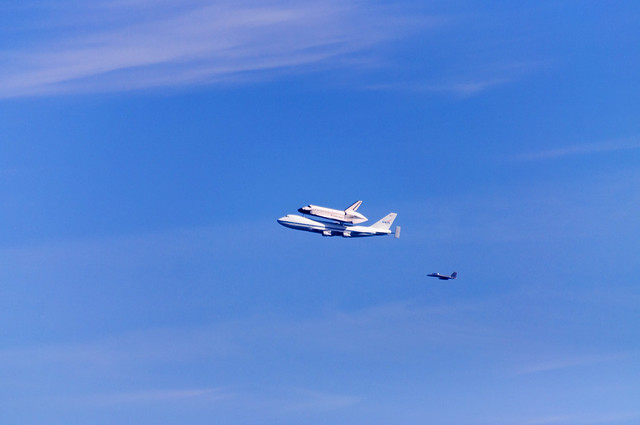 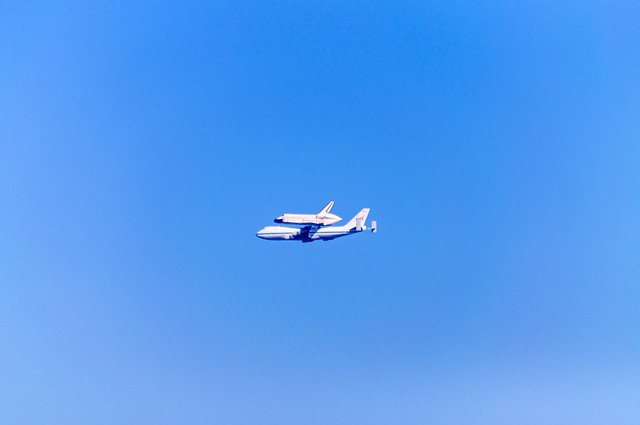 And it was gone.

A couple of hours later it was on the ground in Los Angeles, ready for a final road journey to a museum, never to be in the air again.

Time for a new space age.

[More pictures, including the two launches I saw, in my Space Shuttle set on Flickr]
Collapse