We're just back from a rather insane two day trip to New York to look at new phones, staying in a hotel that quite literally was suspended over the High Line park, on a pair of giant stilts. We could look out our window and see people walking on the old track bed under the hotel (which made sense of the "don't frighten the horses" letter the hotel management had left in the room). But I digress...

The last morning, a group of us had breakfast in a nearby diner. As we walked back, we saw a group of banner-towing planes coming up the Hudson. As they drew near we could read the words on the banners: "The Parade Of Blimps" and "Look Up!" 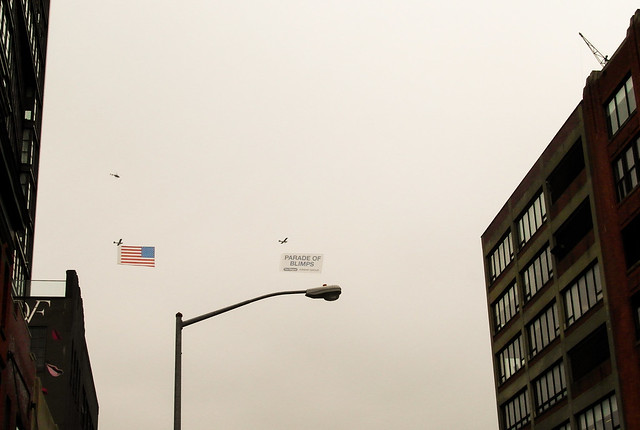 So we popped up on to the High Line, to see what we could see.

And it was a parade.

And there were blimps. 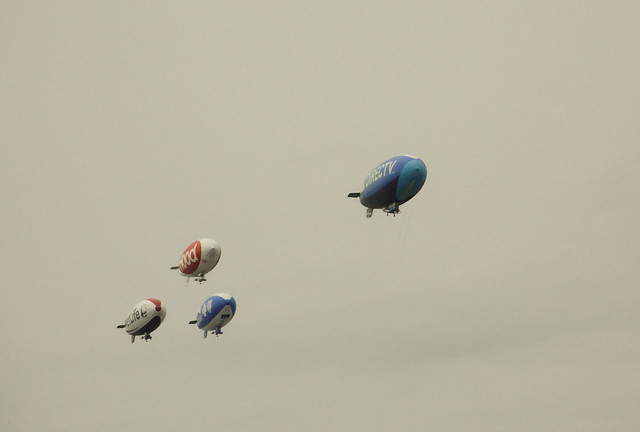 One big, and three small, like a mother blimp trailing her offspring.

They droned up the river, disappearing behind the skyline. 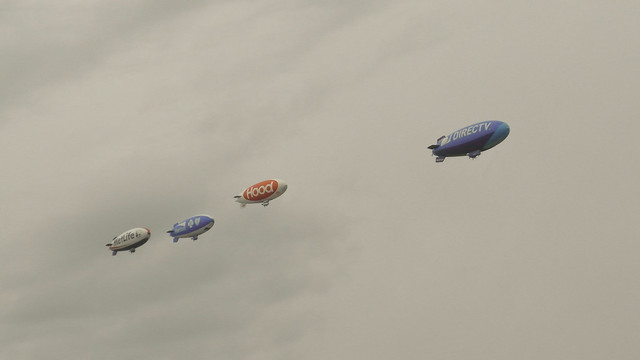 A parade, of blimps.

That's not something you see every day.
Collapse