There's a fountain in the garden of our friends' house in Silicon Valley, and we've taken to sitting outside under the canopy where we can work and listen to the trickle of water. It's refreshing there in the shade, in the slight breeze of a California afternoon.

We're not the only critters that like that fountain, and it's regularly visited by all manner of birds that my European ornithological skills regularly misidentify (like the grey bird with a rose-red head that isn't a linnet but instead is the remarkably prosaic house finch). However one bird that's easy to spot is the tiny nectar-fueled speed-freak that is the hummingbird - and they too treat the fountain as a filling station.

This afternoon one came hovering by, whirring like a clockwork steampunk drone, and made its way to the fountain, glistening green in the summer sun, darting first this way, then that, before settling to drink its fill...

My camera (as always) was ready, and I managed to capture a sequence of the bird first approaching and then landing on the fountain. 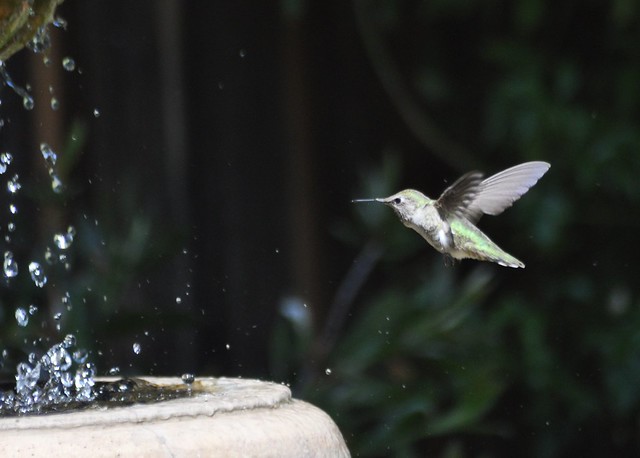 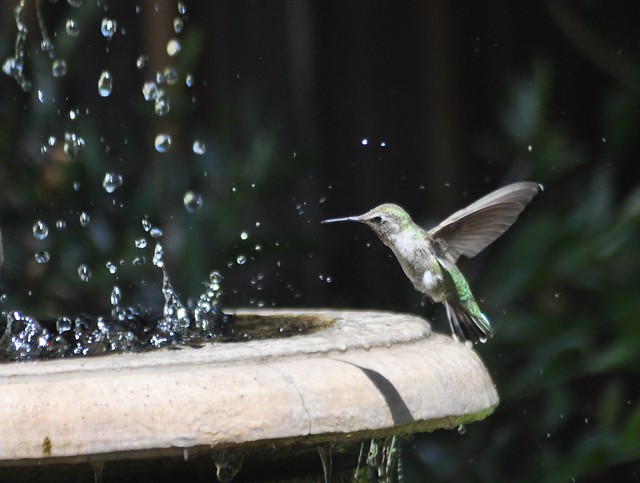 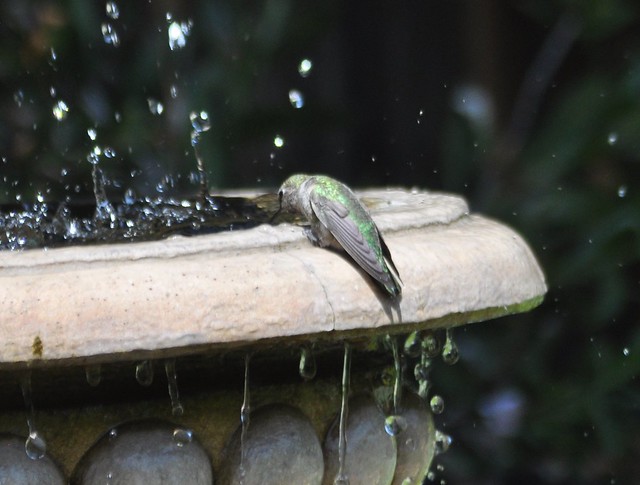 (But inside it's an angry Aztec warrior)