Driving north out of LA can get tedious. Take 101 and blast through the interminable suburbs to Ventura, or 5 up and over the Tejons and onto the eternal flatness of the Central Valley? So why not do something different instead?

That's why we found the Mount Pinos route, up 5 to Frazier Mlountain Park and then climbing to 6000" and along a north western ridge of the mountains, before dropping down the curving slopes to the Cuyama Valley. That last part of the drive is the most scenic, as you roll along the top of the ridge, following its sinuous curves from peak to peak, and rock to rock.

We were driving that route a week or so ago when we saw a white pickup and a ranger carrying what looked like a small TV antenna. Wondering what she was doing we pulled into a layby with a magnificent view over the slopes and hills to the north. Then we saw what she was tracking: first a handful of dots in the sky, and the bigger and bigger, the wide wings catching the afternoon updrafts from the slopes.

California condors, five of them. 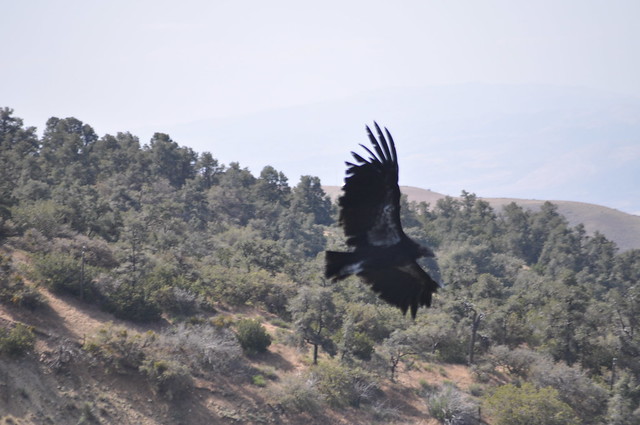 As one swooped closer we could see its tracking beacon, a whip antenna protruding from one enormous wing. 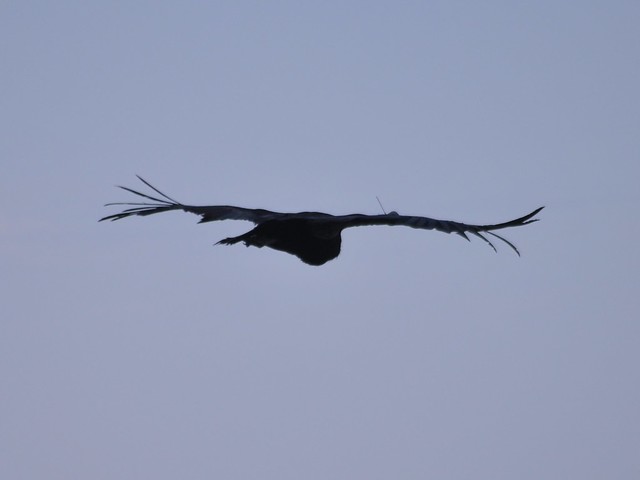 They spiraled over us, higher and higher. 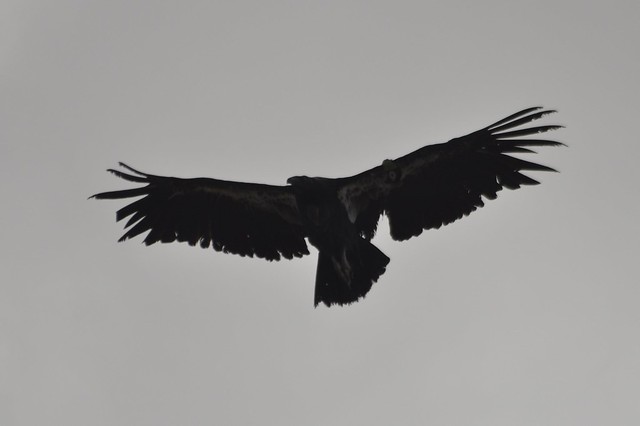 And then they were gone, off into the mountains on their evening patrol. 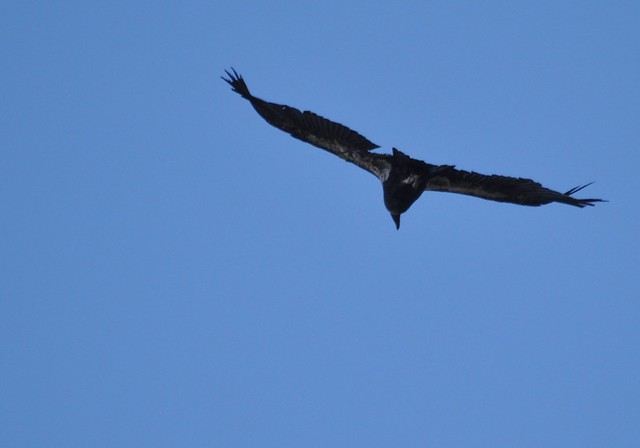 What a wonderful sight, some of the rarest large raptors in the world.

In more Californian ornithologicalness, here's a quick shot of a hummingbird feeding in Laguna Beach, in all its iridescent beauty. A couple were flitting from flower to flower in the hotel gardens, so I skipped away from lunch to take a few photos.

Those tiny wings, they beat so fast. Even my camera can't capture them... 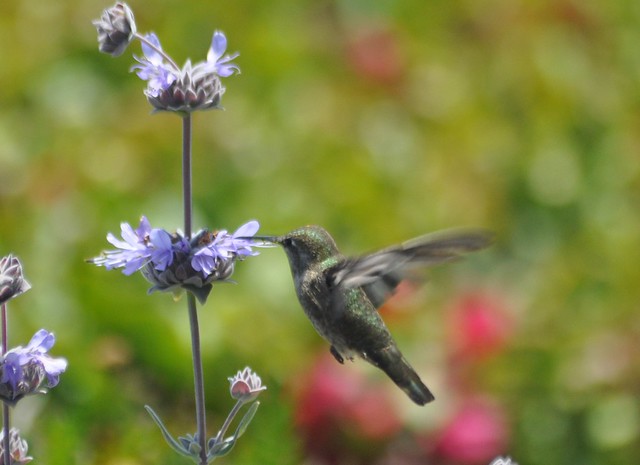