That's not a bad thing. I'm a journalist, and they're one of the tools of my trade. If I didn't get them I wouldn't get some of the ideas I use for stories and features.

However (and it's a big HOWEVER), sometimes I get press releases that are, well, annoying and wrong. They're usually trying to shoehorn something completely unrelated into an anniversary of sorts, and they're certainly trying.

Today is one of those anniversaries. It's the day that CERN has chosen to celebrate 20 years since Tim Berners-Lee persuaded his managers to give him the time and funding he needed to explore some little hypertext ideas he'd had. It's an important day for all of us who read and write on the web, as it's the foundation of everything we do.

It's a pity then that I've been receiving a string of press releases proclaiming that today is "The 20th Birthday Of The Internet". Now that's one thing I'm pretty sure it isn't. I sent my first email message in 1984, and my first USENET message in 1987, and I'm a relative newcomer to the nets.

If we're going to have a birthday for the Internet, it's got to be October 1st 1969, when the first two routers were finally in place, one at UCLA and the other at Stanford. This year is not the Internet's 20th birthday, it is its 40th.

So, as an educational tool, here are some historical photographs:

This is a BBN Interface Message Processor. It was one of the first routers, that hooked up the first few sites on the ARPANET, the predecessor to today's Internet. 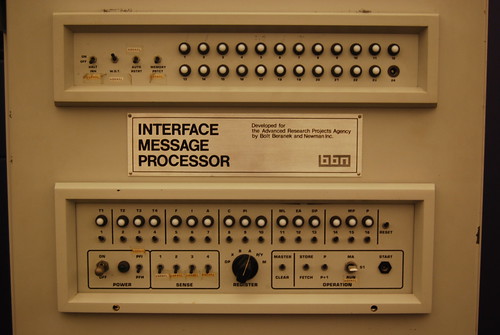 It is substantially older than this NeXT Cube, which was Tim Berners-Lee's machine at CERN. It's the machine that ran the first web server, which itself was built on protocols that evolved from those used by the IMP. 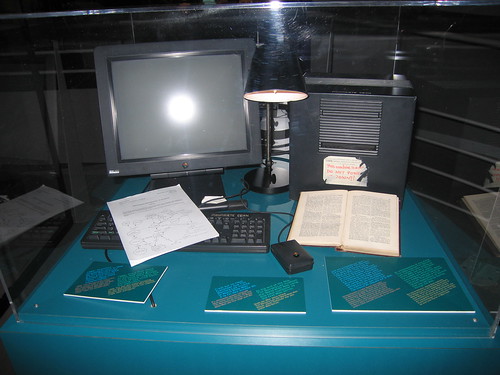