You've heard of the slow food movement. Now let me introduce you to the slow music movement. Its members don't know they're part of it, but they all have one thing in common: exquisitely crafted albums that appear years apart. Kraftwerk are one such band, and the UK's main proponent are the superb The Blue Nile. 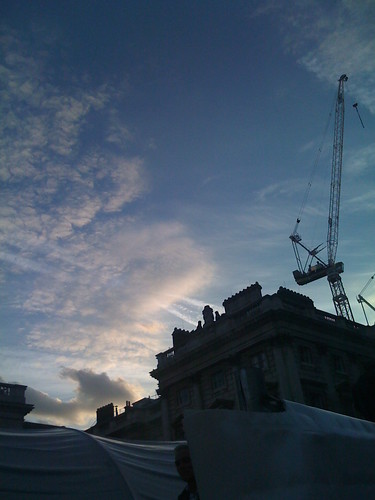 They played a rare concert last night, one of a short series that recaps nearly 25 years of craftsmanship. It wasn't a big gig, in fact, compared to our last concert at a festival in Spain it was positively minute. But it was people who loved the band, who loved their music, and who'd managed to fight London's broken public transport infrastructure to reach the courtyard of Somerset House. 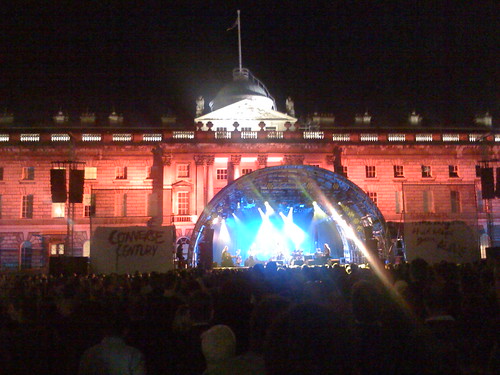 The concert ranged widely through the band's four albums, and introduced one new track (as well as a distinctly Blue Nilish take on "Strangers in the Night"). The atmosphere was electric, with an enraptured audience hanging on every perfect note.

An excellent gig, and one which bodes well for further concerts (and more albums).

Time to head back across a third of the world again for a few days.

I'm going to be in San Jose from tomorrow until Sunday, staying at the Fairmont (thanks to the folk who're bringing me out). I'm in meetings all of Wednesday and Thursday, but Friday and Saturday are looking pretty free. Anyone fancy meeting up at any point?
Collapse