It's an interesting fit with AMD's plans to build on the success of its Opteron chips and open up HyperTransport for the development of dedicated co-processors (including physics engines and Java machines). AMD needs the expertise of a motherboard and chipset manufacturer to get this project, code-named Terrazzo, working well, and to drive the development of 64-bit servers.

It'll also counteract the Intel push to own the home PC platform, with a strong media PC alternative to Viiv. ATI's a strong player in the Windows Media Centre space, so it should give AMD more traction with OEMs and other hardware manufacturers.

All in all good for the industry. But I'm not sure what it'll mean for Nvidia in the short term.

marypcb is in Chicago, and Dr Tom downstairs is off on a break somewhere, so the whole building is empty - apart from me and the cats. It feels kind of odd, rattling around, especially when we're usually in the same room all day. The cats are hiding from the heat, and the robot needs a charge...

Now, what havoc can I wreak? We've already put down the new floors...

A blog on hacking Ikea furniture and, err, stuff. You know you want to get more out of that flatpack - well, this is what other folk have done, to give you ideas and tips.

Me, I want to know what to do with the hundreds of allen keys we seem to have...

(and it mentions our stairlights!)

Drew Benvie sums up the responses he's had so far to his social media tools survey.

Some useful sites and software in there.

A job advert that feels like it came from the other side of the Singularity.

A background in biology or physiology and experience in nanofabrication and ideally drug delivery is desired.

"Intimate fusion"? Wiring up cockroaches as spy cameras? Or building the bees and wasps that flit in and out of Queen City Jazz and Counting Heads? Still, it would make a great story hook.

Hmm. We'll leave that for a while, but here's a flash fiction dump of the first few paragraphs...

Her coffee had gone cold by the time Judy finished today's smartsheet. One tall latte, double shot and a shake of cinnamon. He'd learnt her routine by heart in the two years they'd been together. Still, it wasn't boring - just predictable: Coffee, paper, and then she'd bug him about getting a job.

"Intimate fusion? Isn't that your schtick?" she asked as she passed Tom the paper. "Looks like someone is wiring dragonflies and needs an experienced nano jockey. Didn't you do something like that in your lab days?"

Tom grunted, took a swig of his coffee and looked down at the advert:

Description: The Integrated Micro- and NanoSurveillance team at Correll BioWings is looking for a post-doctoral scholar. The project involves the “intimate fusion” of nanofluidic devices with autonomous insect cyborgs. Position is available immediately.

Press here with an ID key to apply.

The advert looked like someone had read his thesis. And he had been looking for something better than hiding behind a Life2 avatar running tech support for home-sourced housewives and their earthworm mining companies. Tom tapped his phone on the smartsheet. It couldn't hurt.

Then his phone rang. Tom tapped his glasses to answer. Instead of the expected face hovering over his coffee, he was dazzled by an array of images, an insect's eye view of, what? He couldn't quite tell, but there was something familiar there. It had been a while since he last looked through a fly's eyes. You never lost the knack though, it was like riding a bicycle.

Then he realised. That was him. They were watching him. 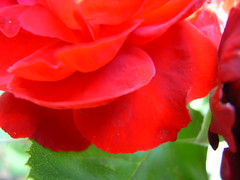